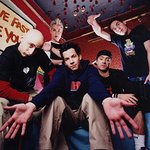 Canadian boyband Simple Plan has released a special charity single, with proceeds to be distributed to cancer charities around the world.

The Montreal-based released “Save You” – which is also found on Simple Plan’s self-titled third studio album – on iTunes yesterday, October 14, as a tribute to lead singer Pierre Bouvier’s brother Jay, who was diagnosed with non-Hodgkin lymphoma cancer at the age of 28. Money from the single will be distributed by the Simple Plan Foundation, set up by the band in December 2005, to help young people in need by easing their difficult passage to adulthood.

Since it was established, the Foundation has donated over $100,000 to various charitable organizations around Canada and has raised over $200,000 at benefit events. They have also recently announced that 50 cents from each ticket sale from their upcoming tour will go to the Foundation.

“After what happened to someone so close to us, we feel that, as a band, we had to do something to help,” the band said in a statement. “We should get involved and use our voice to make a difference in the fight against cancer.”

The song will be accompanied by a music video featuring cancer survivors including Sharon Osbourne, Marissa Winokur, Barenaked Ladies' Kevin Hearn, and Saku Koivu – captain of the NHL’s Montreal Canadiens.

“We started the Simple Plan Foundation as a way to try to give something back to our community and make a difference,” said the band. “Being in this band, we also got to meet lots of kids and families dealing with illness. The Foundation will be there to try and help out families who are going through such tragic events. We hope our foundation will be a global foundation that will give back to the world community of children and help them deal with their own personal daily struggles. If we can bring a few smiles to these children, we know that would make a world of difference.”

Race To Erase MS Partners With Charitybuzz To Auction Off One-Of-A-Kind Experiences Jun 18, 2020