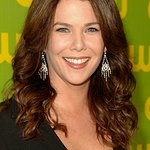 One of Hollywood’s most famous leading ladies and three members of Congress working to bring home military working dogs join American Humane Association's president and CEO as special guests on the latest episode of “Be Humane with Dr. Robin Ganzert” on Pet Life Radio.

Lauren Graham, star of the new hit family action adventure film, “Max,” joins the show to talk about the movie, as do Congressmen Gus Bilirakis (R-FL), Henry Cuellar (D-TX), and Richard Hudson (R-NC), who all attended the premiere in Washington, D.C. The three Congressmen are some of the strongest voices on Capitol Hill for the important role dogs play in the military and the need to bring all of them home following retirement.

Warner Bros. Pictures and Metro-Goldwyn-Mayer Pictures’ “Max” is the touching story of a heroic military working dog who, after returning from service in Afghanistan, traumatized by his handler’s death, is adopted by the fallen Marine’s family. While in the movie Max is brought home to live with his handler’s family, not all military dogs are as lucky, and American Humane Association has been working closely with Congress to ensure such heroes are brought back and reunited with those who care most about them.

Language supported by American Humane Association was introduced in the House version of the 2016 National Defense Authorization Act (NDAA) by Congressman Frank LoBiondo (R-NJ) and the Senate version by Senator Claire McCaskill (D-MO), mandating that our heroic military working dogs will be returned to U.S. soil upon retirement, and that first right of adoption will be given to their handlers and their families. The bill will be sent later this year to President Barack Obama to be signed into law.

It is estimated that each military dog saves the lives of between 150-200 servicemen and women by detecting IEDs and hidden weapons caches. The lifesaving work these dogs do on the battlefield often continues on the home front, as the return from war is not the end of the struggle for many warriors. Every year thousands of our nation’s veterans are diagnosed with Post-Traumatic Stress, and easing back into society is difficult or even terrifying. Reuniting handlers and war dogs (who themselves can suffer from PTS) helps both heal. In this way the bond between veterans that saved lives on the battlefield now saves lives at home.

Despite the remarkable efforts of the U.S. Air Force, which has worked hard to bring back most war dogs, too many of our four-footed veterans are left behind on foreign soil and never again see their human Battle Buddies with whom they went through so much. The problem is that if dogs are retired overseas, they become civilians and are no longer qualified to travel home on military vehicles – creating an often insurmountable barrier to getting them home.

Over the past year, American Humane Association has helped fund the transportation home of 21 military working dogs and contract working dogs, and helped reunite them with their former handlers. In July 2014, American Humane Association held a congressional briefing on Capitol Hill to shed light on the need to bring home all our veterans and press for long-overdue changes to the NDAA.

“The film ‘Max’ does an amazing job of showing how important military working dogs and their heroic handlers on the other end of the leash are,” said Dr. Ganzert. “Listen to this week’s episode and you will learn why it is so important that the NDAA is signed into law by President Obama. My sincerest thanks to Lauren Graham, Congressman Bilirakis, Congressman Cuellar, and Congressman Hudson for joining me on this week’s very special episode.”

This is the show’s second episode dedicated to “Max.” Last week’s installment featured director Boaz Yakin and young star Josh Wiggins. Both are available here and via a number of podcast providers.

Created by award-winning producer Mark Winter, Pet Life Radio features more than 60 weekly pet-related talk shows hosted by the most well-known pet experts, authors, and radio and TV personalities in the world of animals and pets and boast more than 7 million listeners monthly.

To listen to the current and previous episodes of “Be Humane with Dr. Robin Ganzert,” click here.