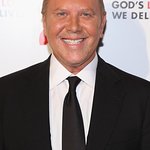 A tireless advocate for the world’s disadvantaged, Kors will use his position to continue raising awareness of WFP’s work to build a world with Zero Hunger.

Even before becoming an ambassador, Michael Kors has been an active supporter of WFP’s advocacy and fundraising efforts across media platforms and in his stores as a corporate partner through the Watch Hunger Stop campaign.

Launched in 2013, Watch Hunger Stop has been raising awareness and funds for WFP’s School Meals programmes by designing and selling limited edition and special-edition Michael Kors watches, with US$25 of each sale going to children in need. Additionally, Michael Kors has used his powerful voice on social media to garner support for WFP’s most urgent emergency operations targeting those affected by Typhoon Haiyan in the Philippines, the Nepal earthquake and Syrian refugees. Since its inception, Watch Hunger Stop has helped deliver over 10 million meals to school children throughout the world.

“It’s an honour to be named a Global Ambassador Against Hunger, and a further inspiration to me to continue the important work of ending world hunger hand in hand with WFP,” says Kors. “WFP has a global presence, with people on the ground in countries that are most affected by hunger and malnutrition, and they’re doing an amazing job helping families and communities build a better future for themselves.”

Michael has been a long-time champion in the fight against hunger. Since the 1980s, he has worked with God’s Love We Deliver to provide nutritious meals to New Yorkers who are too sick to shop or cook for themselves. The Ambassadorship with WFP extends his commitment to support hungry communities on a global scale. 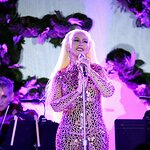