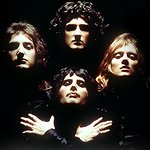 Queen guitarist Brian May has led a mock funeral for badgers through the streets of London after the UK government announced it will let badger culls go ahead in several regions.

The planned cull aims to stop the spread of tuberculosis, but Brian May and the League Against Cruel Sports say that culls are ineffective.

Dr Toni Shephard, Head of Policy and Research at the League Against Cruel Sports, said:
“This is a death knell for more than 2000 more badgers, the overwhelming majority of which will not have bovine TB (bTB). It’s also a death knell for common sense, as all the current evidence heavily suggests that bTB is predominantly spread between cattle, not from badgers to cattle. This is a stubborn policy which will not help farmers, will cause unrest yet again in rural areas and will waste huge amounts of public money, for absolutely no good reason.

“Even if badgers play some small role in spreading bTB, the perturbation caused by culling will simply lead to an increase in bTB in other areas. But killing predators such as badgers is symptomatic of the simplistic way humans deal with animals at the top of their food chain. We have a history of abusing, tormenting and killing animals like bears, lions, tigers, foxes and badgers. Sometimes it’s done for so-called sport, sometimes there is an attempt at justifying it, such as this cull, but it is fundamentally about getting rid of other predators.

“Luckily, the world is starting to wake up and understand that we don’t have to kill other predators, we can live alongside them. Schemes in other countries involving lions, dingoes, wolves and bears are showing that non-lethal ways of ensuring both people and animals stay safe and benefit from each other’s presence are working. This so-called compassionate conservation is the only way forward in terms of understanding and tackling diseases like bTB, and is the only moral way forward unless we want to wipe out every other living creature on the planet, which unfortunately seems to be the only policy on some people’s agenda.”