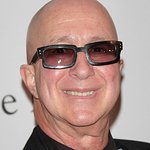 Steve Miller, Paul Shaffer, Graham Nash, Darlene Love and Jake Clemons are just some of the names that will make up an all-star musical roster at nonprofit organization Little Kids Rock's annual benefit, which will take place on Tuesday, October 20 at 6:30 pm at the Grand Ballroom at The Manhattan Center (311 W. 34th St.), a longstanding supporter of Little Kids Rock and a 2015 event sponsor.

The gala, hosted by longtime supporter, Maureen Van Zandt, will feature several musical performances led by Musical Director, Will Lee. In addition, The Hot Topic Foundation will be honored for its longstanding support of Little Kids Rock’s work to ensure the continuation and revitalization of music education in economically challenged public schools across the country through teacher trainings, instrument donations, and offering curricula rooted in popular music.

This year’s benefit will honor Steve Miller as the “Rocker of the Year,” an award presented last year to Joan Jett.

“When I was four years old, my great friend and godfather Les Paul taught me my first chords and exposed me to the sheer joy of playing music,” says Miller. “The Little Kids Rock annual benefit is a powerful way to bring the music community and the community at large together to further this important work. It’s going to be a great evening!”

In addition, the organization will honor Paul Shaffer as the “Big Man of the Year.” Each year, the “Big Man of the Year” award honors an artist or philanthropist whose contributions have helped build a world where kids can live rich, purposeful lives. The award’s title pays tribute to the initial honoree, the late Clarence Clemons, who embodied the spirit of giving back to children and to making the world a better place. Previous recipients include Lady Gaga, Steven Van Zandt, Darlene Love, Jake Clemons and Bernie Williams.

“Clarence, besides being the most soulful of soulful sax players, was a man of integrity,” says Shaffer. “To rock with The Big Man was to truly rock! I am humbled to be receiving this award.”

“I’m sure by now we all realize that the future of this planet belongs to the children,” says Nash. “They are the ones who need our love, understanding and support. Congratulations to Paul and Steve for a job well done. Children may only be about 25% of our population but they are 100% of our future.”

Another focal point of the evening will be a live auction, featuring unique items and experiences such as the chance to play live on-stage with Miller, Nash, Shaffer, and all of the other artists at the event! All of the proceeds will enable Little Kids Rock to bring free lessons and instruments to more than 200,000 disadvantaged public school students in 30 cities.

Limited tables and individual tickets are available at various sponsorship levels. Annually, this event raises enough funds to bring music education and instruments into the lives of tens of thousands of additional public school children who otherwise would not have access due to school budget cuts.