A legend of his time, Steve Van Zandt is a musician, songwriter, performer, arranger, record producer, actor, writer, human rights activist, and international radio DJ best known for his work as guitarist for Bruce Springsteen's E Street Band, and for acting in HBO’s The Sopranos.

Steve founded The Rock and Roll Forever Foundation dedicated to the development, preservation, dissemination, and continuing support of Rock and Roll, past, present, and future.

He was awarded with Little Kids Rock's Big Man Of The Year Award in 2013.

In 1985, Steve created Artists United Against Apartheid in protest against the Sun City resort in South Africa, where many well-known artists play. Steve got 49 of his show biz friends – including Bruce Springsteen, Pete Townshend and Tom Petty – to join him in pledging against ever playing at the resort and to join him on the anti-apartheid song, Sun City.

Steve Van Zandt has supported the following charities listed on this site:

Activity
Social reach
Google trends for "Steve Van Zandt"
Available to Insiders only
Get Insider Access to these insights & more...

You can contact Steve Van Zandt using details from this service. (Or read our advice on how to contact celebrities)

Steven Van Zandt, a multi-platinum artist, producer, songwriter, actor, entrepreneur, and founder of the Rock and Roll Forever Foundation, will be honored for his longstanding commitment to supporting arts education, teachers, and students everywhere at the First Annual Rock and Roll Forever Foundation Gala on Saturday, Nov. 23, 2019, at Hard Rock Cafe in New York City. More → 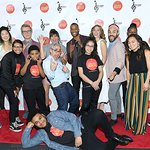 We don't have any videos related to Steve Van Zandt.