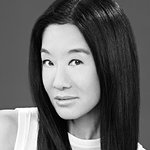 After being diagnosed with ALS last year, Nanci bravely decided to share her battle with the public to raise awareness and support for the ALS community. She and her many friends participated in the 13th Annual LA County Walk to Defeat ALS, hosted by the ALS Association Golden West Chapter, as “Team Nanci” in custom Vera Wang Collection T-Shirts designed and donated by Vera Wang.

The 1.6 mile walk was open to the public, and all funds raised support the mission-critical priorities of The ALS Association Golden West Chapter in care services, public policy, and research.