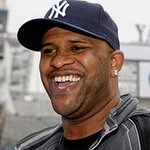 Rookie USA is known for its support of charities that support children in need, and this year was no exception. The show benefitted CC Sabathia’s PitCCh In Foundation, a charity that helps inner city youth overcome the most challenging situations and achieve their goals. For more than seven years, the organization has used a combination of educational and athletic initiatives to help young children overcome obstacles and achieve their highest goals.