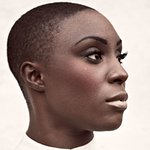 This year’s program will celebrate the transformational impact CI has had around the world by leaving “no stone unturned” to protect the planet for the well-being of humanity. The invitation-only event will be held at 3Labs in Culver City and will feature an after party with a special performance by DJ Tony O. The Dinner Committee is comprised of Kristin Gore, Lyn & Norman Lear, Louise Linton & Steven Mnuchin, and Edward Norton.

Creative Direction for the Gala Dinner will be provided by Marc Friedland, creative director and founder of Marc Friedland Couture Communications.

The musical performance from Laura will be the centerpiece of the evening. The British singer-songwriter catapulted into the limelight with her critically acclaimed debut album ‘Sing to the Moon’ and world tour, and just last month released her new single ‘Overcome’ featuring Nile Rodgers. Highly regarded by critics and fans alike, her unique character and mind have broken the boundaries of music. Laura is releasing her new album ‘The Dreaming Room’ in May.

For more information about the Gala Dinner, click here.

Youth To The Front Fund Frontliners 2020