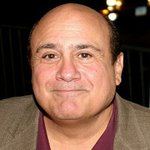 The evening will celebrate the Next Generation of entertainment industry leaders, featuring the industry’s best and brightest performing heartfelt readings that reflect the stories of those who have benefited from the services provided by MPTF. The evening will be sponsored by Delta Air Lines, and Entertainment Weekly will serve as the official media partner.

Danny DeVito will present a special honor to Michael Douglas, and attendees will include Matt Bomer, Kirsten Dunst and Bryce Dallas Howard.

For over 95 years, MPTF (Motion Picture & Television Fund) has served as a safety net for entertainment industry members. As a charitable organization, MPTF provides programs and services essential to the well-being of individuals, their families and the industry community at large, and is a recognized leader in Senior Care and Palliative Care services. MPTF is supported by the generosity of fellow entertainment workers, and corporate donors united by a common thread of Hollywood Helping Hollywood – “We Take Care of Our Own”.