Stars Announced For WE Day Illinois 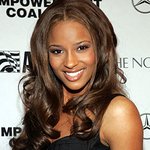 WE Day, a powerful series of educational events that combines the energy of a live concert with the inspiration of extraordinary stories of leadership and change, announces the initial list of presenters, speakers and performers attending WE Day Illinois on April 28, 2016 at the Allstate Arena.

Alongside National Title Sponsor Allstate, WE Day Illinois will bring together 15,000 students in an inspirational setting, celebrating the commitment they have made to take action on local and global causes they care about.

“The determination and passion in young people to advocate for causes they care about is continuously growing and is made visibly noticeable through initiatives like WE Day,” said human rights advocate and eldest son of the late Dr. Martin Luther King, Jr., Martin Luther King III. “I have spoken at over 10 WE Days in the past and I am always impressed when I learn about the incredible impacts students are creating. Young people from across Chicago are making their collective voice heard – saying ‘We will break down barriers, we will be our better tomorrow.’”

Students across Illinois are creating remarkable change. After learning about social justice issues and human made environmental impacts, fifth graders at Chicago’s Deneen School of Excellence decided they could do more to make positive change. Shocked to discover their school had no means of recycling materials, students initiated “Going Green at Deneen,” a school-wide recycling program. Students have collected and recycled over 300 bins of paper and cardboard since beginning this project last fall. Additionally, after researching inequalities in education, the class connected with The Garden Route Primary School in Mossel Bay, South Africa, discovering that students were in classes with over 60 pupils, and did not have enough books or basic school supplies to go around. The Deneen students planned, organized and carried out a coin drive to raise money to buy books and supplies, and in just one week raised $1,160.00.

“At Allstate, we believe good starts young,” said Tom Wilson, Chairman and CEO, The Allstate Corporation. “Throughout history, young people have taken action to make the world a better place. We need to listen to them because they have the passion and energy to drive positive change.”

The WE Day audience will be made up of representatives from over 400 schools from across the state, more than half will come from Chicago Public Schools, and nearly seventy percent of whom are low-income youth. Making WE Day a true community celebration of youth taking action, young people with inspiring personal stories will join the above lineup on stage, including Joshua Williams, age 14. Discovering his passion for philanthropy at only 4 and a half years-old, Joshua believed no child should go hungry. Now, 10 years later, he is determined to ‘stomp out world hunger’ with his organization Joshua’s Heart Foundation, and is working to end world hunger one community at a time. Empowering and engaging young people ages 2 and up, Joshua helps find their passion and purpose, using it for the better good. Joshua is just one of the many young people who will share their story to motivate their WE Day peers.

WE Day is an inspirational event like no other, bringing together like-minded individuals and providing a platform for youth to learn about some of today’s most pressing issues. WE Day celebrates and inspires this generation’s shift from me to we—towards acting with intention, leading with compassion, and a belief in the power of community. Taking the philanthropic world by storm each school year with 14 stadium-sized events in the U.S., Canada and the U.K., WE Day is one of the world’s largest non-profit initiatives on social media, with more than five million followers.

More than a one-day event, WE Day is connected to the yearlong WE Schools program, which provides a free menu of hands-on, student-led campaigns designed to enhance a school’s existing social initiatives or to spark new ones. WE Schools helps young people turn the day’s inspiration into sustained action. By taking action on one local and one global cause of their choice, students practice and obtain skills to succeed academically, in the working world and as active citizens. Together, WE Day and WE Schools are a blueprint for building the next generation of change-makers.

In the 2014/2015 school year, 83 percent of Illinois educators participating in WE Schools saw an increase in leadership among students; 84 percent believe their students saw themselves as a part of a broader community; and 71 percent feel the program has encouraged previously disengaged youth to become more engaged. Additionally, an independent evaluation of the program’s alumni from across the globe found that five years after participating in WE Schools, 80 percent had donated to a charity in the last year; 83 percent had volunteered an average of 150 hours; and 79 percent had voted in the last national election if they were over the age of 18.

A global movement of 2.3 million young people strong, youth involved with WE Day and WE Schools have raised $62 million for more than 2,500 local and global organizations, volunteered 19.9 million hours for local and global causes and collected over 7.6 million pounds of food.

“Every year, more than 200,000 students coast to coast and around the world, from over 10,000 schools, earn their tickets to WE Day through the yearlong WE Schools program, creating tangible benefits for the community they serve and demonstrating positive long-term social impacts,” said Craig Kielburger, co-founder of WE Day. “On April 28, we will unite and celebrate thousands of young leaders across Illinois who are working together to create real change in their communities.”

You can’t buy a ticket to WE Day — students from across the country earn their way by the actions they take on one local and one global cause of their choice. WE Day is free of charge to the thousands of students and teachers in attendance at the event and statewide, thanks to the generous support of National Title Sponsor Allstate, a company that empowers future generations with the strength, confidence and skills to rise up as leaders and realize their full potential – and to show the world that good starts young. 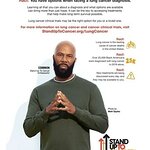