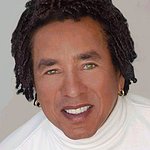 Robinson will receive the Stevie Ray Vaughan Award in recognition of his dedication and support of the MusiCares MAP Fund as well as his commitment to helping others with the addiction recovery process. All proceeds will benefit the MusiCares MAP Fund, which provides members of the music community access to addiction recovery treatment regardless of their financial situation. Performers include GRAMMY-nominated artists El DeBarge and Kem, and multi-GRAMMY winners Kenny “Babyface” Edmonds and Cee Lo Green. Backstreet Boys and Tamar Braxton will also perform. Robinson will give a closing performance with his touring band. Actor and comedian Cedric the Entertainer will host the event. Additional performers will be announced shortly.

“During the course of his 60-year career, Smokey’s stellar repertoire of extraordinary songwriting combined with his unique voice and dynamic performances continues to thrill sold-out audiences and fans worldwide,” said Neil Portnow, President/CEO of MusiCares and The Recording Academy. “He is also a passionate advocate for the MusiCares MAP Fund, and our work to help members of the music industry facing addiction. It is a genuine pleasure to honor a true musical icon and a courageous supporter of the recovery community.”

“I’ve been blessed to have a truly rewarding career in the music industry and I’ve worn many hats, from artist and songwriter to producer and executive,” said Robinson. “I also have experienced firsthand the ravages of addiction, and the role I’m most proud to be associated with is ‘sober.’ That’s why I’m so honored to receive this MusiCares MAP Fund tribute, because this charity saves lives day after day, all year long.”

“Smokey’s artistry and craft are known worldwide,” said MusiCares Chair Bill Silva. “Our annual MusiCares MAP Fund tribute will shine the light on his contributions as a standard-bearer for recovery.”

Celebrated producer, songwriter and founder of Motown Records Berry Gordy will serve as the Honorary Tribute Chair for the event. Noted entertainment attorney John Branca, who was recently appointed to serve as the MusiCares Honorary Board Chair, will be in attendance. Branca was Co-Chair of the Executive Committee for the MusiCares 20th Anniversary Campaign, which raised a total of $12.5 million.