Florence Henderson To Be Honored By The Actors Fund 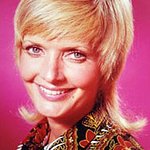 The gala dinner will feature the West Coast’s exclusive live feed of the 2016 Tony Awards broadcast from New York City. Tickets are currently on sale at www.actorsfund.org/TonyParty2016.

Star of stage, screen and television, Sheryl Lee Ralph will join the festivities for a special performance in celebration of the 35th anniversary of Broadway’s “Dreamgirls.” Ms. Ralph was nominated for a Tony Award for her role as Deena Jones in the landmark musical.

The Actors Fund’s Tony Awards Viewing Party is presented by Writers Guild Of America, West, and sponsored by United Airlines, SAG-AFTRA, Actors’ Equity Association, DIRECTV and The Nederlander Organization/Pantages Theatre. The Tony Awards live broadcast is made possible with the kind permission of CBS, Tony Awards Productions, The American Theatre Wing, The Broadway League and DIRECTV.

Individual tickets are $300 (limit six per person) and tables of 10 start at $3500. For sponsorship and ticket inquiries, please contact Kathleen Cahill, Manager of Special Events at kcahill@actorsfund.org or 323-330-2428.

The Actors Fund is a national human services organization that helps everyone — performers and those behind the scenes — who works in performing arts and entertainment. Serving professionals in film, theatre, television, music, opera, radio and dance, The Fund’s programs include social services and emergency financial assistance, health care and insurance counseling, housing, and employment and training services. With offices in New York, Los Angeles and Chicago, The Actors Fund is a safety net for those in need, crisis or transition. Visit www.actorsfund.org.