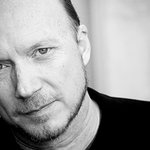 APJ, a non-profit organization that encourages peace and social justice and addresses issues of poverty around the world with an immediate focus on supporting the poorest communities in Haiti through programs in education, healthcare and dignity through the arts, is delighted to announce that they will be honouring Sean Penn with the second annual Peace and Justice Award, recognizing his extraordinary longstanding commitment and dedication to supporting communities in Haiti and promoting the ideals of peace and social justice around the world.

Sean Penn’s humanitarian work found him in New Orleans in the immediate aftermath of Hurricane Katrina and later in earthquake-ravaged Haiti. In January 2010, Penn established the J/P Haitian Relief Organization (J/P HRO), which continues to support vulnerable communities to rebuild their lives in healthier and safer neighborhoods through access to quality education, health services, improved housing and infrastructure, and livelihoods. For his efforts, Penn has received numerous honors and awards including being named Ambassador at Large for Haiti in 2012. In addition, he was presented with the 2012 Peace Summit Award at the 12th World Summit of Nobel Peace Laureates. At the COP21 Climate Conference in December 2015, Penn partnered with a global coalition including Ségolène Royal, French Ministry for Ecology, Sustainable Development and Energy, to launch an initiative called “Haiti Takes Root,” which is committed to reforest Haiti over the next 10 years.

While noted for his sustained work in Haiti, Penn has been a long-time activist and promoter of civil rights. In 2002, he penned a prescient open letter, which he published in The Washington Post and New York Times, to President George W. Bush against the planned invasion of Iraq. Additionally, he traveled to Baghdad and Tehran in 2002 and 2003 to report for the San Francisco Chronicle. Penn published landmark interviews with Venezuelan President Hugo Chavez and Cuba’s President Raul Castro for The Nation; Penn’s interview with Castro was his first-ever with a foreign journalist. In 2013, Penn played a vital role in getting wrongfully imprisoned American entrepreneur Jacob Ostreicher released from a Bolivian prison, for which he was honored from the Aleph Institute in 2015.

In over eight years, APJ’s annual Toronto event has played an integral role in fundraising for the charity, contributing to over $20 million raised for the organization since it was founded in 2009. Funds raised have supported the development of Port-au-Prince’s first free public high school, the Academy for Peace and Justice. Serving over 2,600 students, 2016 marks a milestone year for the Academy, celebrating its inaugural graduating class.

This year’s event co-chairs Natasha Koifman, the APJ Canadian Board Chair who helped launch the charity in 2009, and Suzanne Boyd, Editor-in-Chief of Zoomer Magazine, alongside the event committee Nicholas Mellamphy and Simona Shnaider, traveled to Haiti to commemorate the graduation. Visiting the Academy together allowed for the team to witness and experience APJ’s commitment to long-term, sustainable development in direct partnership with the Haitian people, with a vision toward growing a new generation of Haiti’s leaders by providing access to quality secondary and higher education.

For more information and to buy tickets and sponsorships, visit www.apjnow.org. For the latest news, please follow Artists for Peace and Justice on Twitter and Instagram @artistsforpeace.