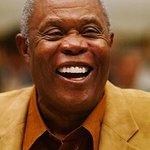 The sold out event, produced by Mark Krantz and Michael Matuza, is set to light up the stage at New York City’s Capitale (130 Bowery) on Wednesday, October 5th at 6:30 pm. Hosted by comedian, Tom Papa, the evening will feature several musical performances led by Musical Director, Will Lee. All proceeds will benefit Little Kids Rock’s work of restoring, expanding and innovating music education in economically challenged public schools across the country through teacher trainings, instrument donations, and offering curricula rooted in popular music.

This year, Tracy Morgan, of 30 Rock and SNL fame, will present the “Rocker of the Year” award to Smokey Robinson. The Motown legend shared, “Music is a gift and I believe that every child should have access to it.” Mr. Robinson’s music has inspired generations of songwriters and music makers, including Little Kids Rock students. He adds, “I’m honored to be able to join Little Kids Rock in furthering its mission.”

Grammy-award winning singer-songwriter, Kenny Loggins, is also being honored during the event with the “Humanitarian of the Year” award. Loggins’ passion for children’s causes has been at the forefront of his career from his contribution to 1985’s landmark charity single “We Are the World,” to his work with Children’s Miracle Network and WhyHunger. “I’m thrilled to be receiving the Humanitarian Award from Little Kids Rock,” said Loggins. “Every child should experience the healing power of music. I’m really proud and honored to be a part of the Little Kids Rock family.”

The event’s performances and festivities will also highlight an astounding musical milestone for Little Kids Rock. The organization is celebrating having enriched the lives of more than 500,000 inner-city public school students through bringing them free instrumental music lessons rooted in the popular music that they know and love. Little Kids Rock provides music teachers with the training, curricula, instruments, and continuing support they need to teach their kids to be lifelong music makers. To coincide with the celebration, the Hot Topic Foundation is challenging Little Kids Rock supporters to help reach the next half million music makers. All donations received by Little Kids Rock through 12/31/2016 will be matched by The Hot Topic Foundation, dollar-for-dollar, up to $500,000!

In addition to the performances, unique items and experiences such as the chance to play live on-stage with Robinson and Loggins, will be up for grabs through a live auction at the event! All of the proceeds will help Little Kids Rock bring free lessons and instruments to next half of a million kids. Last year’s benefit – featuring performances from Rocker of the Year Steve Miller, Humanitarian of the Year Graham Nash, Paul Shaffer, Jake Clemons, Pentatonix's Kirstin Maldonado (duetting with kids’ a cappella group Sharkapella) and special guest David Letterman — helped raise more than $1 million for underfunded public school music programs. Annually, the event raises enough funds to bring music education and instruments into the lives of tens of thousands of additional public school children who otherwise would not have access due to school budget cuts.

Learn more about the Half A Million Music Makers campaign: www.crowdrise.com/HalfMillionMusicMakers.