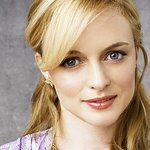 The eighth annual amfAR Milano gala was held at La Permanente in conjunction with Milan Fashion Week and presented by Harry Winston. The gala raised nearly $2 million for the Foundation, a record amount for amfAR Milano. Entrepeneur Lapo Elkann was honored at the black-tie dinner, which also featured special live performances by Charli XCX and The Brazilian Girls.

Karolina Kurkova opened the evening by thanking the event’s sponsors, and introduced Kenneth Cole, who spoke about amfAR’s efforts to find a cure for AIDS by 2020.

“I love being here in Milan. It’s our way of saying thank you to the fashion community that has been so supportive of this fight against AIDS, almost from the beginning because they knew they should, and they stayed at the front lines because they knew they could. They have had a consistently generous impact on the struggle and certainly on amfAR’s efforts from day one,” Cole said.

Michelin star chef and host of MasterChef Italia Carlo Cracco presented Elkann with the Award of Courage in recognition of his outstanding personal commitment to the fight against AIDS, his generous support of amfAR, and his broad philanthropic efforts.

“It’s not about me. It’s about AIDS. It’s about being generous. I have been very fortunate in my life so being generous towards a cause that has a purpose is why I’m honored to accept this award,” Elkann said as he accepted the honor.

• Cracking Art’s “Blue Giant Rabbit,” part of a public art installation of massive sculptural animals made of recyclable plastic installed in urban contexts, sold for 45,000€.
• Les Songes Drolatiques de Pantagruel, a portfolio of 25 lithographs by renowned surrealist painter Salvador Dalí, sold for 45,000€.
• Curren$y Monopoly, a work by unidentified New York City graffiti artist Alec Monopoly, sold for 100,000€.
• Karolina Kurkova presented the handcrafted, one-of-a-kind Moët & Chandon Grand Vintage Collection 1985 gift box. The auction lot, featuring eight magnum bottles of Moët & Chandon Grand Vintage Collection 1985 champagne in a stunning box crafted from black matte oak wood, sold for 30,000€.
• “Inside the Studio: The amfAR Studio 54 Collection,” a limited-edition portfolio of 23 images showcasing the unique spirit of legendary New York nightclub Studio 54 and its celebrity regulars, curated by Getty Images and taken by the club’s in-house photographer Sonia Moskowitz, sold twice at 35,000€ for a total of 70,000€.
• Actress Heather Graham introduced two tickets to the 2017 Golden Globe Awards as well as two round-trip airfares on Delta One, courtesy of Delta Air Lines, which sold for 80,000€.
• Model Sara Sampaio helped introduce exquisite Harry Winston earrings, featuring 22 marquise, pear-shaped and round brilliant diamonds. Titled “Open Cluster Earrings,” these earrings, a variation on the iconic Winston Cluster motif, sold for 100,000€.
• An extraordinary opportunity to be among the first to dine at the Garage Italia Customs restaurant, opening in Spring 2017, with amfAR’s Award of Courage honoree Lapo Elkann and prepared by six-time Michelin star chef and judge of Hell’s Kitchen Italia and MasterChef Italia Carlo Cracco, sold two times for a total of 45,000€. Elkann and Cracco offered the second opportunity on-stage after two attendees entered a bidding war for the item.
• A Terry O’Neill photograph of David Bowie, taken in Los Angeles during his Diamond Dogs tour in 1974 and selected by Mr. O’Neill to create an edition of 50 specially for amfAR, raised 135,000€ in total. 27 prints were sold.
• Podria Prestarte Algo, Pero con Eso no te Haria Ningun Favor, a print of Martin Kippenberger’s work, sold for 100,000€.
• Dita Von Teese presented Marilyn Monroe in Los Angeles, a 1961 photograph by Douglas Kirkland featuring the actress, model, singer, and icon naked in bed for the photographer’s first major assignment for Look magazine, sold for 25,000€.
• Victoria’s Secret Angels Adriana Lima invited Sara Sampaio on stage with her to introduce two coveted tickets to the most anticipated fashion event of the year, the 2016 Victoria’s Secret Fashion Show, including prime seat location at the fashion show as well as entrance into the exclusive after-party, which sold for 100,000€.
• Lima and Sampaio remained on stage for an impromptu round of ping pong to help present Untitled 2016 (Behold Your Executioners), a ping pong table work by Rirkrit Tiravanija inspired by Július Koller’s Ping-Pong Society which includes political and sociological phrases painted on the surface, sold for 50,000€.
• Orchidarium, a work by Blair Thurman that embodies his unique aesthetic vocabulary that straddles the boundaries of both conventional painting and sculpture, sold for 50,000€.

The evening also featured two incredible performances. Brazilian Girls, the band featured on the recently released album The Time Is Now, a compilation of re-imagined and updated versions of classic hits from the 1980s by contemporary artists to benefit amfAR, performed “Whip It,” originally by Devo, “Wolkentanz” and “Let’s Make Love.” Lottie Moss introduced the final act of the evening, Charli XCX, who started a dance party throughout the room with an explosive set of her top hits “Boom Clap,” “I Love It” and “Break the Rules.” The after-party continued with music from DJ Johnny Dynell and DJ Dimitri.

Harry Winston was the Presenting Partner of amfAR Milano. Moët Hennessy was the Signature Partner. Delta Air Lines is the Official Airline of amfAR.

Throughout the years, the Italian fashion community has been exemplary in its support of amfAR, with fashion houses and designers underwriting and leading many of the Foundation’s most successful fundraising efforts. Since amfAR’s first international benefit, held in 1993 during the Cannes Film Festival and hosted by amfAR Founding International Chairman Dame Elizabeth Taylor, the Foundation’s international galas in Milan, New York, Cannes, Venice, Rome, and beyond have become some of the most high-profile and eagerly anticipated charity events in the world and have helped raise millions for critical AIDS research programs.