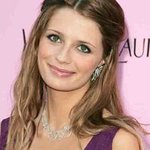 Actress Mischa Barton has launched her new official website by posting a photo of a hat she knitted for a child as part of her work with Save the Children.

“I knitted [the] cap a few weeks ago, which was then delivered to Ethiopia and given to an expectant mother who was waiting to give birth in her incredibly primitive home,” wrote Barton. “The baby was delivered with the help of a birth attendant that had been trained by Save the Children. The birth attendant put the cap on the newborn’s head in order to prevent hypothermia.”

The Knit One, Save One campaign was launched last month and asked some of Hollywood’s leading ladies to create one baby cap to keep a newborn warm during the first critical hours and days after birth. Stars such as Gwyneth Paltrow, Rebecca Romijn, Debra Messing, Lisa Edelstein, Vera Farmiga, and Patricia Arquette.

“I’m thrilled to be a part of this effort to help the world’s babies survive,” said Rebecca Romijn, star of ABC Television’s “Ugly Betty” series. “I believe all moms should get to experience the joy of seeing their beautiful babies grow up and do great things in life.”

“Being a mother, I know how vulnerable a child is during their first few hours and days of life,” added Debra Messing. “So when I was told that something as simple as a knit cap can help save a baby’s life by keeping him dry and warm, I was moved to act.”

Barton’s website also includes information about her recent trip to South Africa with the charity: "I visited a primary school in Soweto. Many of the children there are orphans or are infected with the AIDS virus. The kids and I read together, I helped serve them their lunch, and then after school my boyfriend at the time and I drove one of the little boys home. Just seeing where these children come from and the lives that they lead really opened my eyes to how much there is to be done in the world.

“It truly was a life changing experience and I feel blessed to have had the opportunity to spend time with these children. I have every intention of returning in the near future.”

To see the hat Mischa knitted and its lucky recipient, click here.