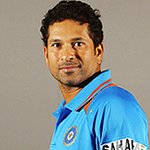 On International Women’s Day, The International Cricket Council (ICC) reaffirmed its commitment to the Spirit of Cricket in bringing about a positive social change through the sport, by appointing Sachin Tendulkar as the UNICEF Cricket For Good ambassador for the Women’s World Cup 2017, to be hosted in the UK in June and July.

This collaboration between UNICEF and the ICC under the aegis of Cricket for Good aims to leverage the vast reach and power of cricket and communicate the importance of sport for girls and women. This visionary partnership will support in building a discourse around gender equality and the importance of empowering girls through sports.

The five-year global partnership was announced in October 2015 in New York and will be used as the ICC’s platform to advocate for children across the world and especially in countries where cricket is a popular sport.

UNICEF and ICC, together will engage the broader cricketing community to empower adolescent girls in particular, during the many ICC events over the next five years, develop and implement various community outreach programs and initiatives in collaboration with coaches, cricketers and cricketing personalities.

Sachin’s engagement to promote the Women’s World Cup will use innovative cricket-based messages to engage with girls and their families encouraging them to be part of the sport. During the event, there will be coaching clinics with participating teams.

Sports has long been recognized as a human right by the United Nations. The Convention on the Rights of the Child (which governs UNICEF) noted in 1989 that "the education of the child shall be directed to the development of the child’s personality, talents and mental and physical abilities to their fullest potential. None of these differentiate on gender. None of these say boys only or men only. And yet, across all sports, men are much more visible than women.

The ICC Women’s World Cup and other sports platforms will become catalysts in providing spaces for girls to engage meaningfully with sports.

Sachin Tendulkar, UNICEF Ambassador, says "The ICC Women’s World Cup is not just a regular tournament. It is much more… It is a catalytic platform that helps promote the participation of girls and women in world class sports championships. I am proud to be the UNICEF and Cricket For Good ambassador for the ICC Women’s World Cup, and believe that this tournament will encourage millions of girls across the world to play & aspire to become tomorrow’s stars. Thereby empowering them and giving them hope.

Jean Gough, UNICEF South Asia Regional Director, says “At UNICEF we are thrilled that our Ambassador Sachin Tendulkar, is going to support the ICC Women’s World Cup. Harnessing the power and reach of one of the world’s most popular sports to create positive impact in the lives of children is truly commendable. Millions of adolescent girls in South Asia can benefit tremendously by playing a sport. It can not only empower them but inspire them to become the next generation of change makers, world leaders, and sports champions.”

Heather Knight, England Women’s Cricket Team Captain, says “It is a huge summer for the women’s game, and we cannot wait to play in the pinnacle event for our sport in front of passionate home crowds. We have a big opportunity throughout the tournament to inspire the next generation of players, and encourage women and girls across the country to pick up a bat and ball and play the game we love. Alongside this it is brilliant news that Sachin Tendulkar will be an official UNICEF and Cricket for Good ambassador for the competition, and I am sure that with his support, we can all make this the biggest and best ICC Women’s World Cup that there has ever been. I can’t wait!”

David Richardson, CEO of the International Cricket Council, says "We are delighted that Sachin has taken on an ambassadorial role for the ICC Women’s World Cup. He is passionate about using sport, and particularly cricket, to empower young girls and having him on board will help build an even bigger audience for the women’s game and inspire more young girls to pick up a bat or ball.