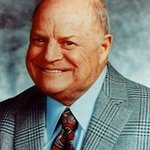 AARP has announced the launch of AARP Studios, an award-winning in-house production entity that produces a variety of rich and compelling content for an ever-growing 50-plus population.

“AARP Studios is all about telling real and relatable stories driven by great characters,” said Eagle. “In creating a show with Don Rickles, we give viewers a seat at the table and the chance to hear decades of great show business stories from one of the most celebrated comedians of all time.”

The series will be shot at some of Rickles’ favorite iconic places to dine around the Los Angeles area such as Craig’s, Dan Tana’s, Madeo, Vincente and The Palm. Every episode of “Dinner With Don” will feature a spirited back and forth between Don and his special dinner guest, archival photographs and footage from Don as well as clips from each guest’s personal and private archives whenever possible.

“Don Rickles is a living legend in the truest sense of those words and we’re looking forward to celebrating this series in advance of his 91st birthday this year,” said Robert Bauer, co-founder of Stamper Lumber Media Group and series director. “Scot and I are tremendously honored, and consider ourselves fortunate to be working alongside Don, Tony O, and AARP Studios to present this legacy series.” “It is awe inspiring to see some of our all time favorite entertainers come together to show their love and respect for Don,” added C. Scot Cru. “We’re grateful to AARP studios for this opportunity. This has been one of our all-time cherished production experiences.”

AARP Studios and Stamper Lumber Media Group will announce the premier of “Dinner with Don” in the first quarter of 2017.

The deal was brokered by Jake Dexter at Paradigm.

AARP is the nation’s largest nonprofit, nonpartisan organization dedicated to empowering Americans 50 and older to choose how they live as they age. With nearly 38 million members and offices in every state, the District of Columbia, Puerto Rico, and the U.S. Virgin Islands, AARP works to strengthen communities and advocate for what matters most to families with a focus on health security, financial stability and personal fulfillment. AARP also works for individuals in the marketplace by sparking new solutions and allowing carefully chosen, high-quality products and services to carry the AARP name. As a trusted source for news and information, AARP produces the world’s largest circulation publications, AARP The Magazine and AARP Bulletin.

What #ScienceWoman Inspires You?