Wilmer Valderrama To Recognize Team Rubicon On NBC's GIVE 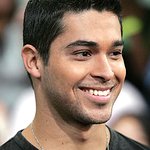 Team Rubicon, a veteran-led disaster response organization, will be featured on the April 22nd episode of NBC’s GIVE, which introduces viewers to the world of philanthropy through the stories of small charities making a big impact.

In each episode, celebrity ambassadors visit two charities that use innovation, best practices and dedication for change in their communities and the world. With the help of some of the country’s top foundations, viewers meet these inspiring individuals through the eyes of the celebrity ambassadors. This week’s episode will feature NCIS actor Wilmer Valderrama.

Through the show’s foundations, donations are made to the charities to support their cause. The Steven and Alexandra Cohen Foundation is donating $25,000 to Team Rubicon, which will help the organization provide services free of charge to communities affected by natural disasters. The funds will also support veterans transitioning out of the military who are seeking another opportunity to serve.

“Since Team Rubicon’s inception in 2010, volunteer veterans, first responders, and civilians have donated their time and skills to respond to over 180 disasters across the world, and we’re humbled by the opportunity to showcase and support their dedication on NBC,” said Jake Wood, Team Rubicon cofounder and CEO.

The series features NBC News correspondent and founder of UNICEF's Next Generation Jenna Bush Hager, actor Blair Underwood, and passionate celebrity philanthropists from film, television, music, sports and business who are all on a mission to inspire others to do good.