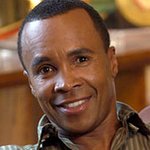 Habitat For Humanity of Greater Los Angeles (Habitat LA) will honor Sugar Ray Leonard, Luc Robitaille, and Morley Builders at its 2017 Los Angeles Builders Ball to be held on Thursday, September 28 at the historic Beverly Hilton.

This annual event celebrates outstanding individuals and companies that share Habitat LA’s commitment to revitalizing and transforming the landscape of Los Angeles. In addition to recognizing Habitat LA’s counterparts in the building, real estate and other related industries, this event also raises funds and awareness for the nonprofit’s Building a Greater Los Angeles campaign to help empower low-income families by building strength and stability through homeownership.

The 2017 Los Angeles Builders Ball is made possible by the generous support of sponsors including: City National Bank, Edison International, EY, Hollywood Sierra Kitchens, La Cienega Design Quarter, Los Angeles Magazine, the Lelia Fund, Proskauer, Southern California Gas Company, Zurich and many more.
The evening’s honorees will be recognized for their continued dedication to improving Los Angeles. The 2017 honorees are:

“Sugar” Ray Leonard, who will receive the Dream Builder Award in recognition of his commitment to helping those in need both as an individual and through the vast efforts of the Sugar Ray Leonard Foundation.

Morley Builders, one of the preeminent leaders in the construction industry, will receive the Builder of the Year Award for their commitment to building holistic communities that incorporate innovative, high-quality residential and affordable housing developments and commercial projects.

Luc Robitaille, Los Angeles Kings President, who will receive the Foundation Builder Award in recognition of his significant contribution and leadership in creating intentional change in the Los Angeles community with the Kings Care and Echoes of Hope foundations.

Featured at the Los Angeles Builders Ball will be a VIP reception, followed by dinner, a live fund-a-need and special musical performance by Grammy nominated and platinum-selling R&B group, En Vogue.

Habitat LA has built, renovated or repaired nearly 800 homes locally, helping to transform the lives of more than 4,000 Angelenos. By 2020, Habitat LA has a goal to invest $100 million into revitalizing neighborhoods and increasing access to affordable homeownership and home repair opportunities. This investment will benefit the local economy by building strong and stable homes in partnership with families, individuals, volunteers, municipalities and donors, which will bring strength and stability to local communities throughout greater Los Angeles.