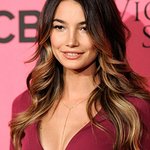 World of Children, a global recognition and funding organization for individuals exclusively serving the needs of vulnerable children, announced today its 2017 Honorees – an extraordinary group of real-life heroes who have dramatically improved the lives of children around the world.

This year’s recipients have each lead high-impact programs in health, education, protection, humanitarianism, and more. World of Children, celebrating its 20th anniversary, will honor the recipients at the annual World of Children Awards 2017 on Thursday, November 2 at 583 Park Avenue in New York City.

“20 years ago, we knew that some of the bravest and most courageous people around the world were going unnoticed, and this organization was created to change just that,” said World of Children Co-Founder Harry Leibowitz. “Today, we have the privilege of not only sharing these life-changing stories, but supporting the heroic efforts of our Honorees with funds raised by our generous donors. One little hand by one little hand, and one little heart by one little heart, we will continue to unlock the future for children around the world. We are incredibly hopeful for the future and cannot wait to see what the next 20 years has in store.”

World of Children receives thousands of nominations from around the world ever year and uses a uniquely rigorous vetting process to select Honorees, including an on-site investigation and independent audit of each finalist. Recognized as the “Nobel Prize for Child Advocates,” Honorees will receive a grant to help their program grow and ultimately impact the lives of even more children.

This year’s Honorees include:
• 2017 World of Children Education Honoree: Maureen Rover, founder of The Reading Team, is boosting elementary school literacy rates by instilling a lifelong love and enthusiasm for reading in children from New York’s disadvantaged communities. Since its inception, The Reading Team has grown from teaching 70 students in 2000 to over 700 today.
• 2017 World of Children Health Honoree: Dr. Üstün Ezer, founder of LOSEV, is increasing the survival rate of children with leukemia by pioneering an innovative medical, financial, and educational support system in Turkey. LOSEV provides children with leukemia and chronic blood disorders access to free, life-saving treatment and a strong, holistic support system. Before LOSEV was founded, only 22% of children with leukemia survived. Now, about 92% of children survive.
• 2017 World of Children Humanitarian Honoree: Winnie Barron, founder of the Makindu Children’s Program, is breaking the cycle of poverty through a community-based approach to the care, education, and empowerment for the most vulnerable children in Makindu – a rural region of eastern Kenya. The Makindu Children’s Program supports Makindu Children’s Centre (MCC), a day resource facility that provides high-protein meals, education, income generating projects, and treatment for HIV and AIDS, in addition to placing children in guardian homes whenever possible to provide a safe and healthy environment to grow up in.
• 2017 World of Children Protection Honoree: Jackie Branfield, founder of Operation Bobbi Bear, is rebuilding the justice system for children in South Africa who have been abused so they can gain access to treatment, recovery, and care. Operation Bobbi Bear acts as a filter between police and children who have been assaulted. Children who report abuse are taken to a safe, comfortable place, rather than an intimidating environment, where they are given a bear on which to draw. The organization’s goal is to make coming to the authorities easier for children so they are more likely report abuse within 24 hours and be treated for HIV.
• 2017 World of Children Youth Honoree: Teagan Stedman, founder of Shred Kids’ Cancer, is developing a new market for pediatric cancer research by fusing the power of music and the unstoppable energy of young people, showing children diagnosed with cancer that other youth are fighting the disease alongside them. At just 18 years old—using the funds raised through Shred Kids’ Cancer—he has created a new drug delivery system for pediatric cancer that is currently in clinical trials. In partnership with the Jefferson Awards Foundation, Teagan will also become a 2017 GlobeChanger in the GlobeChangers program, an incubator for young social entrepreneurs that provides mentorship, training, and a support network for the country’s most promising leaders ages 5-25.