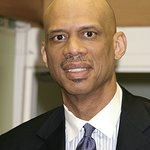 The evening, which will be hosted by journalist, producer and cancer research advocate, Maria Menounos will honor producer and humanitarian Niki Cole, and Rally Health Founder and CEO Grant Verstandig.

Grant Verstandig is the Founder and CEO of Rally Health, Inc., a digital health company that develops online and mobile tools that empower consumers to take control of their health and health care. Prior to starting Rally in 2010 at age 21, Grant had served as a research fellow at the National Cancer Institute and was studying neurobiology at Brown University. His focus in the health arena sharpened when he suffered a college sports injury and experienced the health care system firsthand. He became determined to transform the consumer health industry. Today, Rally engages millions of consumers in their health; supports several organizations fighting cancer, including Stand Up To Cancer with which Rally promotes cancer screening and early detection; and collaborates with Rally Health Ambassadors Kevin Hart, Maria Menounos and Melvin Gordon to inspire people everywhere to adopt healthy lifestyles. In 2014, UnitedHealth Group acquired a majority stake in Rally, and Grant now leads the company’s digital health agenda.

Niki Cole has had a prominent career in stage, film and screen. Her career was interrupted when she was found to have terminal ovarian cancer after being operated on for another purpose. After remarkably beating this particularly aggressive form of the disease, she privately battled three separate breast cancers. Encouraged by her accomplishments Niki has devoted herself to helping others in similar situations and to supporting organizations which support life-saving cancer research.

The Angel Ball honors individuals who have made significant humanitarian and philanthropic contributions in support of cancer research and boasts attendees in the fields of business, philanthropy, and society alike for this annual celebration of life, music and the quest for a cure. The evening will include a cocktail reception, dinner, and a luxury live auction led by Simon de Pury. This year’s live auction will include a limited production 2018 Porsche 911 GT2 RS. Décor for the evening will be designed by Birch Event Design and guests will enjoy a VIP gift bag provided by Fabletics.

For more information about the Angel Ball and Gabrielle’s Angel Foundation for Cancer Research, visit gabriellesangels.org.