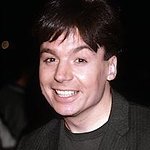 Little Kids Rock, the national nonprofit dedicated to transforming lives by restoring, expanding, and innovating music education in public schools, has announced more stars will be among the special guests who will take the stage at their annual benefit.

This year’s event, which will honor Elvis Costello, Bonnie Raitt and Michael Dorf, will take place on Wednesday, October 18th at PlayStation Theater in New York.

The Little Kids Rock Benefit brings together artists and individuals who are passionate about giving the transformational gift of music to children in public schools across the US. Prior years’ honorees include Smokey Robinson, Steve Miller, Steven Van Zandt, Lady Gaga, Graham Nash and Joan Jett. This year’s benefit theme, “Music Changed My Life,” is reflected in the honorees, distinctive guests, and the event’s special performances by public school students from New York to California who receive free music lessons thanks to Little Kids Rock.

Elvis Costello will be presented with the Rocker of the Year Award, and Bonnie Raitt will receive the Lifetime Achievement Award. Michael Dorf, Founder and CEO of City Winery, will be honored for his extensive philanthropic work, including efforts on behalf of expanding music education for underprivileged youth through the annually produced “Music of” tribute concerts.

Bonnie Raitt is a ten-time Grammy winner, who Rolling Stone named as both one of the “100 Greatest Singers of All Time” and one of the “100 Greatest Guitarists of All Time.” She was raised in Los Angeles in a climate of respect for the arts, Quaker traditions, and a commitment to social activism. A Stella guitar given to her as a Christmas present launched Bonnie on her creative journey at the age of eight. While growing up, though passionate about music from the start, she never considered that it would play a greater role than as one of her many growing interests. Bonnie was one of Little Kids Rock’s earliest supporters back when it was just a grassroots movement in the San Francisco Bay Area. Since that time, Bonnie become an Honorary Board Member, conducted meet and greets with students and donors, visited classrooms and invited Little Kids Rock to sound checks and to host tables at her concerts.

“It has been my privilege to represent Little Kids Rock as an Honorary Board Member for over fifteen years,” said Raitt. “When I got a guitar for Christmas as a kid I found my voice. The arts are not a luxury, they are a right, and all students should have the opportunity to discover their voice.”

Elvis Costello has followed his musical curiosity in a career spanning more than 30 years. He is perhaps best known for his performances with The Attractions and The Imposters. The list of performers to record his songs from Johnny Cash to No Doubt reflects his interest in a wide range of musical styles. In 2003, he began a songwriting partnership with his wife, the jazz pianist and singer Diana Krall, resulting in six songs included in her highly successful album ‘The Girl In The Other Room’.

“Having appeared in a couple of earlier Little Kids Rock nights, I very much appreciate the work that is being done in music education but confess that I am somewhat startled to find that I am this year’s honoree. Looking forward,” Costello said.

“Honoring Elvis Costello, Bonnie Raitt and Michael Dorf this year is a fitting tribute to the incredible generosity and love that they have shown our kids over the years,” said David Wish, Founder and CEO of Little Kids Rock. “Mr. Costello’s commitment to social issues is an inspiration, and no other artist friend has supported our kids and teachers for as long, or spoken so frequently and eloquently on our kids’ behalves when it comes to their right to have music in their lives, as Bonnie Raitt.”

“Little Kids Rock was a natural fit to be a beneficiary of the ‘Music Of’ tribute concerts. The work they do to teach kids to play, giving them the self-confidence and inner creative streak that they might not have developed otherwise is so important,” shared Mr. Dorf. He is also the conceiver and producer of the Downtown Seder which for 25 years had presented an alternative celebrity Seder for 300 people a year in NY, Chicago, Boston, Napa and Atlanta.