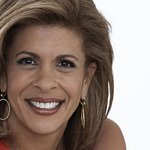 The event will be hosted by Hoda Kotb.

It is at this event that millions of dollars are announced as being directed toward grants to over 250 BCRF-funded investigators whose research projects are aimed at prevention and a cure for breast cancer. The Foundation’s loyal donors, corporate supporters, and fully funded researchers come together to celebrate the game-changing financial investment that BCRF continues to make in the breast cancer research arena. Each year, one BCRF grantee is honored with the Jill Rose Award for outstanding research excellence and the Sandra Taub Humanitarian Award is presented to a noble individual for their commitment and passion for the cause.