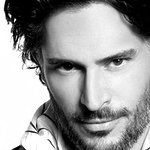 Peggy Albrecht Friendly House Los Angeles, the first residential program in the country for women recovering from alcohol and drug abuse, will honor actor and activist Joe Manganiello with the Man of the Year Award, MusiCares/MAP Fund’s Senior Director Harold Owens with the Excellence In Service Award; entrepreneur and television personality Eden Sassoon with the Woman of the Year Award; and tattoo artist, author, activist and musician Kat Von D with the Shining Star Award at their 28th annual Awards Luncheon, October 28, 2017 at The Beverly Hilton Hotel, Beverly Hills.

Peggy Albrecht Friendly House was founded in 1951 is a model for recovery homes in the United States and Europe. They have successfully treated thousands of women with a success rate of 76% compared to the hospital average of 35%. The organization is solely supported by private donations and grants and by the fundraising efforts of the Board of Directors and Grateful Hearts (former residents of Friendly House).

For more than 30 years, Board Chair Peggy Albrecht has been the organization’s guiding force. She has first-hand knowledge of what it is like to rise from the depths of alcoholism. Her own sobriety began over 46 years ago. Since then she has devoted her life to the service of others and has helped thousands of women recover with dignity and purpose in every facet of their lives. Her unwavering dedication was recognized in 2013 when Friendly House was formally renamed Peggy Albrecht Friendly House.

Peggy Albrecht Friendly House owns two residences. The Peggy Albrecht Friendly House, a seven-bedroom home built in the early 1900s, is located in the center of Los Angeles and houses 12 residents. In 2001, the William Shatner Family Foundation donated a second house in honor of his late wife, Nerine. Located in West Los Angeles, it is a five-bedroom home and accommodates 10 women. Both houses are overseen by a staff that provides full time supervision and skills needed for genuine recovery. For more information, please visit www.friendlyhousela.org.