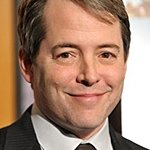 MPTF (Motion Picture & Television Fund) announced today the renowned Hollywood actors and writers set to participate in the sixth annual “Reel Stories, Real Lives” event, a unique evening of powerful readings which will tell the stories of industry members and their families who have benefitted from MPTF’s services in recent years.

Matthew Broderick, Josh Hartnett, Chrissy Metz, Jessica Rothe, and Will Fetters will be the storytellers, and the evening will be hosted by actor/writer Kumail Nanjiani. This year’s show will also include a special piece featuring Paramount Pictures Chairman and CEO Jim Gianopulos in recognition of his dedication to MPTF. The event will take place on Thursday, November 2 in Los Angeles. Ford Motor Company will be the Presenting Sponsor with additional support from City National Bank and Delta Air Lines.

The event will also mark the official launch of MPTF’s “We All Play Our Part” campaign to increase awareness and ensure everyone in the entertainment community knows they can turn to MPTF in times of need. For over 95 years, MPTF has created a legacy of caring for our industry family, which was passed down from Mary Pickford and Charlie Chaplin, and remains MPTF’s guiding principal. From child care, to finding the right health insurance plan, to caring for an aging parent, to retirement living; MPTF helps thousands of industry members at every stage of life who perform every function in the industry. Everyone can play their part by spreading the word about MPTF to anyone in the industry who may be facing a challenge where they could use some extra help.

“Reel Stories, Real Lives” is open to members of the entertainment community. To inquire about the event or ticket purchasing, interested parties can reach out to robin.stein@mptf.com.