'Tis the Season to Change the World: Charitybuzz and Prizeo Offer Gifts That Give Back 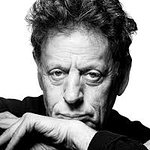 This holiday season, Charitybuzz and Prizeo are the go-to sites for incredible experiences that give back, from traveling to the location of your favorite film and remaking your favorite scene, to owning the Fiat Pope Francis drove during his 2015 visit to Philadelphia, to participating in the World’s Biggest Hug.

Charitybuzz brings its online community of bidders exclusive experiences, rare memorabilia, luxury travel, unmatched access to leaders across industries and other auction lots, all to benefit its cause partners.

For the holiday season this year, Charitybuzz is featuring incredible auction lots such as golf with Graeme McDowell at his home course, supporting youth programs; a private, at-home performance by Academy-Award-nominated composer Philip Glass, benefiting Tibet House; the ultimate Monaco Grand Prix VIP experience – including a yacht party – to provide energy solutions in Africa; and a meeting with legendary hit-maker Clive Davis during which he’ll listen to your music, to support cancer research; and hundreds more.

“We’re focused on raising funds for great causes year-round, but the holiday season is always special for Charitybuzz,” said Charitybuzz General Manager Ben Erwin. “During this time of year, we want to offer select opportunities to bidders who care about making meaningful contributions, while also highlighting the amazing work our non-profit partners are doing.”

Charitybuzz sister company, Prizeo, is also featuring once-in-a-lifetime experiences this holiday season. Prizeo democratizes giving by offering the chance to win incredible prizes by donating through a sweepstakes format. It’s currently running its 6th campaign in partnership with Lin-Manuel Miranda – for a donation as little as $10, fans are entered to win a trip to London to attend the opening night of Hamilton and meet Lin-Manuel. This Hamilton campaign benefits two organizations working on the front lines of climate change: Natural Resources Defense Council (NRDC) and 10:10 in the UK.

In addition to the Hamilton London campaign, Prizeo is also offering the ultimate Philadelphia New Year’s Eve experience with Eagles’ quarterback Carson Wentz, benefiting his foundation; a night out with the legendary Dallas Cowboys ‘Triplets’ to support United Way of Metropolitan Dallas; an all-access VIP experience from the NFL for Super Bowl LII that benefits United Way Worldwide; and the opportunity to get involved with the World’s Biggest Hug.

Together as part of Charity Network, Prizeo and Charitybuzz have raised more than a quarter of a billion dollars for 4,000+ nonprofits.

Win Opening Night at Hamilton L.A. as the Guest of Lin-Manuel Miranda

Win a Trip to Hamilton San Francisco's Opening Night with the Parents of Lin-Manuel Miranda!