Sea Shepherd Conservation Society has partnered with Taino Warriors and actor/activist Michelle Rodriguez on a campaign to help the hurricane ravaged and economically impacted island of Puerto Rico rebuild in a sustainable manner.

The vessel will also retrieve plastics and raw materials off the island, alleviating the pressure from Puerto Rico’s over-flowing landfills. The campaign is set to launch mid-December and continue into 2018.

“Taino Spirit Promise will identify disrupters & change makers in Puerto Rico to empower them by bringing long term aid & assistance,” said Michelle Rodriguez , whose father is Puerto Rican and who spent many summers during her formative years on the island.

“In this era of climate change Sea Shepherd stands ready to assist the good and resilient people of Puerto Rico in their recovery from these destructive events,” said Sea Shepherd founder, President and C.E.O. Captain Paul Watson.

Taino Warriors (TainoWarriors.org) is a Hollywood-based non-profit led by industry leaders whose mission is to support Puerto Ricans who are empowering underserved communities in the areas of environment, eco-agriculture and children’s education and mental health, with innovative and sustainable tools and solutions.

“The indelible Taino spirit that lives in every Puerto Rican on the island and in the diaspora commands us to come together to help rebuild Puerto Rico” said Puerto Rican-born Ivette Rodriguez, who founded Taino Warriors. “We want to empower the younger generations and remind them of the greatness of their origins. We are thrilled that Michelle Rodriguez (no relation) and Captain Paul Watson are joining us on this mission.”

Rodriguez – best known for her role as Letty Ortiz in the blockbuster franchise The Fast and the Furious – is a long-time Sea Shepherd supporter. In March of this year, she took part in Operation Ice Watch, a female survey team who documented the effects of climate change and the disappearing ice floes in Canada, leading to the extinction of Canadian seals. 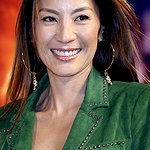 For the fifth year, amfAR returns to Hong Kong on Monday, March 25, for the annual amfAR Gala Hong Kong. More →