Young Jeezy To Be Honored For Encouraging Young Voters 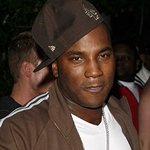 Hot on the heels of Hip Hop star Young Jeezy's trip to a school in Atlanta to distribute Christmas gifts to the needy last week, the rapper is now set to be honored for his work encouraging young people to vote in the recent US election.

The Hip-Hop Inaugural Ball is a black tie, charity fundraiser with proceeds going to support the non-profit work of the Hip-Hop Summit Action Network's (HSAN) education advocacy and empowerment programs for young adults across America. Organized by Hip Hop legend Russell Simmons, the Ball will take place on January 19 at the prestigious Harman Center for the Arts, 610 F Street, N.W., Washington, D.C.

“We are celebrating the Inauguration of Barack Obama as President of the United States, and the magnificent turn out of young voters throughout the nation," said Simmons. “Hip-Hop is all about transformation and it is a thrill to help make and witness this history.”

Also being honored for their work encouraging young voters in the election are rappers T.I. and LL Cool J.

“The Hip-Hop Inaugural Ball will be a celebration and a commitment to sustain the civic engagement of young people,” said Valeisha Butterfield, Executive Director of HSAN.

Young Jeezy – whose hits include Soul Survivor, Mr President, and Put On – has become well known for his philanthropic efforts. Last Christmas he spearheaded a weeklong toy drive called Toyz n da Hood that gave away 1,000 toys to 1,000 children at various locations in Macon and Atlanta. He has also organized a clothes and school supplies donation program, a voter registration event, and donated $5,000 to the Hosea Feed the Hungry and Homeless, a charity fronted by rapper T.I.. He also opened his house to victims of Hurricane Katrina to give them a place to stay.

Tickets can be purchased on a first come, first served basis by going to www.Hiphopinaugural.org or www.HSAN.org.