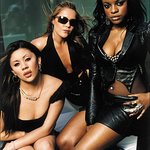 Chart-topping girl bands Sugababes and Girls Aloud are teaming up to release a charity single in support of Comic Relief in the UK. The single, a cover of Aerosmith’s Walk This Way, will raise money for projects in the UK and Africa. The girls donated their time, and all profits are going to the charity.

The UK Comic Relief has raised over £425 million to date. Red Nose Day is an event which unites the UK event in trying to make a difference to the lives of thousands of individuals facing terrible injustice or living in abject poverty.