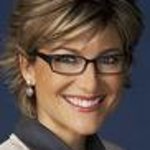 The Breakthrough Ball – being held tonight in NYC – is the annual signature fundraising event for Children's Cancer & Blood Foundation (CCBF).

Every year, more than 500 influential guests, health professionals and patients come together to raise over $1 million to support CCBF’s mission in the fight against pediatric cancer and blood disorders, and to advance the life-saving work of its team of professionals at New York-Presbyterian Hospital/Weill Cornell Medical Center’s Division of Pediatric Hematology and Oncology.

“CCBF gives children with cancer and blood diseases a fighting chance, regardless of their ability to pay. The Breakthrough Ball funds ground-breaking research, develops innovative care and brings us closer every year to finding a cure.” – Les Lieberman, CCBF Co-Chairman and 2018 Breakthrough Ball Co-Chair.

Tonight’s honoree: Eleven-year-old Pearl Koch was diagnosed with Hodgkin’s Lymphoma earlier this year and underwent four painstaking months of treatment and chemotherapy. Just two months ago, she went into remission and is eager to share her inspiring story to help other kids with cancer receive the best possible care.

Past honorees include Katie Couric, Vincent Tese, Margo and John Catsimatidis, Ted Turner, Swizz Beatz and Daryl Hall. This year’s honorees will be Pearl Koch and the Koch family, along with Dr. Lisa Roth.

The event features a live and silent auction.

Tonight’s entertainment: Caroline Hjelt and Aino Jawo, collectively known as Icona Pop, are one of the most successful international pop duos in music thanks to their first triple-platinum hit single “I Love It”. They have been featured in such venues as Late Night with Jimmy Fallon and on the Good Morning America morning news/entertainment show, and their single was featured in the FOX musical-comedy series, Glee.

The Children’s Cancer & Blood Foundation (CCBF), through its support of the Division of Pediatric Hematology and Oncology, has created a standard of excellence in the treatment of children with chronic, life-threatening blood disorders since 1952. CCBF is the oldest and largest charitable organization in the U.S. dedicated to the care of children with cancer and blood disorders. Over the years, CCBF has helped the Division grow into one of the most comprehensive programs of its kind.

To date, funds raised from this event have enabled CCBF to deliver state-of-the-art care to thousands of patients and continue to conduct groundbreaking research including: