The summer benefit will support the 15th Annual PCF Pro-Am Tennis Tournament and celebrate over $750 million raised in the past quarter-century to benefit PCF. Founder Mike Milken and The Gala in the Hamptons weekend hosts and sponsors welcome guests to enjoy, engage and be entertained while helping to fund groundbreaking discoveries in cancer research.

The gala will begin with a lively cocktail reception as distinguished guests and athletes enter the breathtaking Parrish Art Museum terrace. The lavish dinner party will give way to a special musical performance from Grammy award-winning musician Bryan Adams and other special surprises. The celebration will set the tone for the weekend leading up to the final rounds of the Pro-Am Tournament and trophy award ceremony.

The 2019 Pro-Am Invitational weekend will begin on Friday, August 23rd with breakfast in Southampton, and continue throughout the day with salons primarily in East Hampton. They end the day in Water Mill with an evening of fun at the Duck Walk Vineyard. Tennis tournaments will be taking place on Saturday morning, August 24th,2019 at the private estates of weekend hosts and will conclude with a gala at the Parrish Art Museum. Sunday, August 25th, 2019 breakfast, brunch and lunch salons will be in Southampton and tennis finals are hosted at Shinnecock Tennis Club. They conclude the weekend with a dinner hosted at a private home. The round robin tournament, played over two days, pairs 32 amateur tennis players with a current or former member of the Association of Tennis Professionals (ATP), which includes many of the top ranked doubles players or a tennis legend. 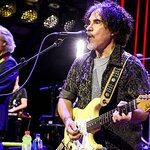