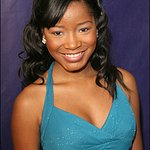 The evening will be emceed by actress, singer, and co-host of ‘GMA3: Strahan, Sara, & Keke,’ Keke Palmer and will feature unforgettable performances by Boy George and Patti LaBelle. Additional performers and presenters will include Star Jones, DJ Ruckus, and many more surprises.

The highly-anticipated annual black-tie benefit is hosted by Grammy-nominated songwriter Denise Rich and her daughters Daniella Rich Kilstock and Ilona Rich Schachter. The evening honors the memory of Gabrielle Rich Aouad and benefits Gabrielle’s Angel Foundation for Cancer Research, which funds the best and brightest early career scientists whose research focuses on finding less toxic treatments for patients with leukemia, lymphoma and other related blood cancers.

“It’s an honor to recognize these three unbelievable entrepreneurs and philanthropists. We are truly blessed for their unwavering support in helping us find a cure for cancer. This year’s event is going to be one for the books and I’m humbled to be able to continue the work that my daughter has inspired” said Denise Rich.

Harry Santa-Olalla will lead the event’s highly anticipated live auction which will feature exclusive opportunities and items – including LOVE LIFE, 2019 by Peter Tunney; and a one-of-a-kind design of the Angel Wing Bag, created by Judith Leiber Couture in partnership with Nicky Hilton Rothschild.

Co-Owner of NASCAR Brian France, and his wife Amy France, founded the Luke and Meadow Foundation — named after their five-year old twins — in 2011. The mission of the Frances, who live and raise their children in New York City, is to drive progress on issues that threaten the health and wellness of children. The Frances partner with dozens of world-class charitable organizations, devote significant time and make multimillion dollar donations to combat a wide-range of issues related to disease, poverty and education. The Frances, blessed and thankful to have happy and healthy children, are passionate about helping others and support many of the most impactful charities in the world.

The Luke and Meadow Foundation, which is a personal passion of the Frances, complements NASCAR’s long history of social responsibility. As NASCAR Chairman and CEO, Brian is championing meaningful changes within the industry through the NASCAR Foundation, NASCAR Green and a commitment to diversity and inclusion.

Brian grew up at the track in Daytona Beach and followed in the footsteps of his grandfather and NASCAR founder “Big Bill” France and his father “Bill Jr.” Since taking over as Chairman and CEO in 2003, Brian has firmly positioned NASCAR among the most successful sports and entertainment properties in the world. TIME magazine named him one of the 100 most influential people in America and Sports Business Daily named him one of the top ten most influential people in sports.

Amy is a passionate philanthropist and co-founder of the Luke and Meadow Foundation. She spends her time raising the couple’s two children and generating awareness for a wide-range of charitable causes.

As the co-founder and co-CEO of Sun Capital Partners, Inc., Marc Leder has overseen the investment and management of over 365 companies since the firm was founded in 1995. Under his guidance, Sun Capital has become a leading global private investment firm with approximately $12 billion of cumulative capital commitments.

Mr. Leder is an active philanthropist who supports a wide number of causes, both personally and through the Sun Capital Partners Foundation, including Children of Fallen Patriots Foundation, Boca Helping Hands and the Samuel Waxman Cancer Research Foundation. He is a long-time supporter of the arts and arts education, currently serving as a member of the International Council for the Museum Berggruen Berlin, and as a Board Director at the Institute of Contemporary Arts at the University of Pennsylvania — his alma mater — where he recently endowed the Marc J. Leder Director of Curatorial Affairs.

Mr. Leder is a sports enthusiast who is a co-owner of the NBA’s Philadelphia 76ers, the NHL’s New Jersey Devils, and the English Premier League’s Crystal Palace Football Club.

For more information about the Angel Ball and Gabrielle’s Angel Foundation for Cancer Research, visit gabriellesangels.org. 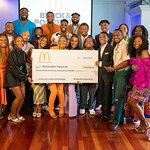 McDonald’s USA, through its Black & Positively Golden movement, surprised its Future 22 leaders with $10,000 each, totaling $220,000, during a celebratory event in their honor at the ESSENCE Festival of Culture presented by Coca-Cola. More →