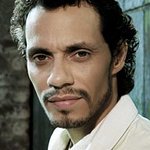 Recently, music icon Marc Anthony and Chicago Cubs All-Star infielder Javier Báez, joined local officials and families to celebrate restored ball fields at Parque de la Comunidad La Ceiba in Loíza, which were demolished by hurricanes that devastated much of the island in 2017. This is the first project completed under a new initiative called Play Ball Again, which aims to restore up to 25 athletic fields and related facilities that will serve 17,500 youth across the island.

“This is a celebration of resilience, just as much as it is of baseball,” said Marc Anthony, as he met community members and cheered the first pitch. “In rebuilding these fields, we can help families take another step beyond the trauma of the last two years toward a stronger, healthier future for our children and their families.”

The $1.6 million Play Ball Again initiative was launched by the Local Initiatives Support Corporation (LISC) earlier this year as part of a broad effort to spur economic recovery across the island. Maestro Cares Foundation, which Anthony helped form in 2012, teamed up with Good Bunny Foundation and UNICEF USA to fund the first $300,000 in field renovations. Cubs Charities joined the effort with another $100,000, and Kohler Company added its support with donated bathroom fixtures for onsite facilities.

“Two years after these devastating storms, the need to rebuild the island remains strong,” said Báez, whose family is from the Bayamón area. “Cubs Charities understood the need and has stepped up to the plate to help restore baseball fields and give kids throughout Puerto Rico the opportunity to play the game. This rebuild will make a big difference for the community, and I am proud to continue my efforts to restore the island.”

“Since its inception, Maestro Cares has incorporated baseball fields in its work building orphanages throughout Latin America,” added Henry Cárdenas, co-founder of the foundation. “This project allows us to contribute to the restoration of more athletic fields in Puerto Rico and serve children around the Island.”

All told, LISC anticipates that Play Ball Again will restore another two dozen fields over the next year, including sites in Vega Baja, Carolina, Yabucoa, Yauco, Utuado, Caguas, and Casteñer, in addition to Loíza. These communities represent a diverse geographic slice of Puerto Rico, encompassing some of the most concentrated numbers of youth players in rural areas and those hardest hit by the hurricanes.

“Local fields, teams, and programs are at the heart of Puerto Rico’s tradition of baseball excellence,” noted Carlos Pagan, regional director for Little League Latin America, who was in Loíza to celebrate the new fields. “They not only help build great players; even more importantly, they help build great people.”

Through Play Ball Again, LISC has been working with a range of organizations and community leaders to outline redevelopment plans for fields, including Little League Puerto Rico, PathStone Enterprise Center, and All Hands and Hearts.

“These collaborations are part of our long-term commitment to Puerto Rico, one focused on building a broadly shared prosperity and a good quality of life in both urban and rural areas,” said Maurice A. Jones, LISC president and CEO. “I can’t imagine a better illustration of those goals than youth playing on a ballfield, with coaches teaching and leading, parents cheering, and a community coming together to support each other.”

“After so many difficult moments, these spaces will bring hope and union to the youth, so that they continue dreaming, growing and making a better future,” said Noah Assad, co-founder of the Good Bunny Foundation. “The goal of all this is to restore happiness to the Puerto Rican people and support them to grow as a society.”

“UNICEF USA is incredibly grateful for the support of partners like LISC, Maestro Cares and Good Bunny Foundation, who share our belief that play is the right of every child,” said Anucha Browne, chief engagement, advocacy and global programs officer at UNICEF USA. “In rebuilding these fields, they are not only helping a community that has endured so much over the past two years, but also giving kids the chance to play and just be kids.”