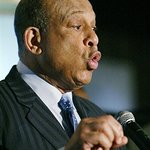 Of the event, former Marlins star Orestes Destrade commented to the Miami Herald that ‘’This is a fun event. It brings in a good demographic of players." On a more serious note, he added that, "this [charity] is closest to my heart. [South Florida] is where I grew up.’’

Kevin Janser, the vice president and executive director of the hospital’s foundation, spoke about the importance of this annual tradition.

‘’The event has over a million dollars in sponsorships that is key in helping us build our new facility. We appreciate everyone coming out and having a great time at the ball game,’’ he said. "Over 45,000 kids get treated by our emergency department every year and 600 kids have been treated for cancer with 70 new kids every year.’’

Mr. Marlin Jeff Conine threw out the first pitch, and the National League beat the American League in a final of 14-3.

To learn more about the role of the Joe Dimaggio Children’s Hospital in the community, click here.