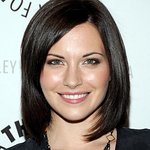 The annual tournament supports ADAPT Community Network, with all proceeds from the event helping to fund the delivery of life-affirming programs and services to children and adults with disabilities and their families.

“I am delighted to serve as Honorary Chair of the 20th Annual ADAPT Community Network Golf Tournament,” says Jill Flint. “Over the years, I have seen the important ongoing work that ADAPT provides in many comprehensive ways and I am a big supporter of the programs and services which Ed Matthews and his entire staff provide to thousands of people every year.”

“Jill has been a dedicated and ardent supporter of our agency for many years,” says Ed Matthews, CEO of ADAPT Community Network. “She has hosted our annual golf tournament twice, and hosted ADAPT’s Casino Night and our Santa Project Party. We are thrilled that she is able to serve as Honorary Chair this year helping to raise money for our over 100 comprehensive programs and services to thousands of children, families, and adults supported by ADAPT.”

Jill Flint is known to audiences for starring as Dr. Jordan Alexander on NBC’s medical drama, The Night Shift, and as Jill Casey on four seasons of USA’s hit show Royal Pains. She also had notable recurring arcs in Amblin Entertainment’s Bull for CBS, Robert and Michelle King’s The Good Wife for CBS, and, more recently, Imagine Television’s Wu-Tang: An American Saga for Hulu. Other television credits include the hit CW series Gossip Girl, Showtime’s Nurse Jackie, and CBS’s Elementary. On the big screen, Jill was featured in Sony’s Golden Globe-nominated feature Cadillac Records opposite Adrien Brody and Picturehouse’s The Women opposite Annette Bening. Additional film credits include Blatantly Subtle Productions’ How I Got Lost opposite Rosemarie DeWitt, Picture Parks’ On Broadway, Universal’s Garden State, and Wanderlust Films’ Fake.

ADAPT Community Network is the leading human service not‐for‐profit and a pioneer in providing cutting‐edge programs and services for people with disabilities. Every day, they build a more inclusive world for thousands of New Yorkers through education, technology, health, residential, and recreational programs in all five boroughs. Their schools and services encompass many people who have challenges beyond cerebral palsy such as autism, Down syndrome, spina bifida, and neuromuscular disorders, among others. They are the largest provider of pre‐school education for children with disabilities in New York. ADAPT’s 100 comprehensive programs serve over 20,000 children and adults with disabilities and their families.

For tickets to and sponsorship information for the ADAPT Golf Tournament, click here.

For more information about ADAPT Community Network, go to:
www.adaptcommunitynetwork.org.

The ADAPT Community Network Board of Directors announced today the 2022 presenters for the ADAPT Leadership Awards, which will take place on Thursday, March 10th, 2022, at Cipriani 42nd Street in New York City. More →