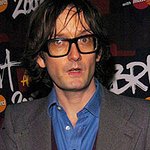 British musician Jarvis Cocker is to play a special charity gig in Manchester next month.

The former Pulp singer will perform at the Royal Northern College Of Music on April 16 as part of the second John Lennon ‘Imagine’ Charity Fundraiser.

Imagine Appeal is a fundraising campaign launched in 2005 with the help of Yoko Ono to raise money for Alder Hey Children’s Hospital – the largest children’s hospital in Europe. Since 1914, the hospital has led the way in the care of sick children and now treats more than 200,000 young patients every year. And with patrons such as Wayne Rooney, the Imagine Appeal aims to make the work of the hospital easier.

Also due to play at the gig are Badly Drawn Boy, I Am Kloot, Stephen Fretwell and Cherry Ghost. James Harrington is supporting Alder Hey Imagine Appeal with this event

For information about tickets or to find out more about the Imagine Appeal, visit their website.