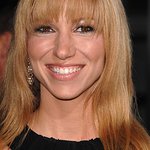 Deborah Gibson will be joined by a long list of celebrities on Tuesday, April 28, at Café La Boheme in West Hollywood for a benefit event for the Gibson Girl Foundation. The evening will include dinner & live performances from Pop/Broadway star Deborah Gibson; Ryan Black’s 88’s Cabaret, stars from television, stage & film and special performances from the kids from “Deborah Gibson’s Electric Youth.”

Additionally, a silent & live auction will include rare items from The Fray, the Jonas Brothers, New Kids On The Block, Pierce Brosnan, Donny and Marie Osmond, Paris Hilton and others, as well as amazing travel packages, tickets and backstage passes to top Vegas shows, an intimate musical evening with Deborah Gibson, and more.