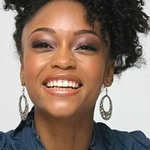 America’s Next Top Model runner-up Yaya DaCosta recently told Look To The Stars about the causes important to her, showing both her eloquence and deep understanding of what one person can do to make a difference.

LTTS: Which charities do you support, and why?

Yaya: I have been a member of Greenpeace (which is more of an environmental activist group than a charity) all of my life, and I worked with them during my high school summer vacations. In the past few years, the two charities I have most consistently supported are charity:water and Women for Women International.

Have you seen improvement since you started volunteering?

These organizations were founded and seeing results from their work long before I joined or – in Greenpeace’s case – before I was born! The success of these organizations and their hands-on approaches are in large part why I felt safe getting involved. Every month, people who dedicate their lives to improving the lives of others and the health of the planet are making improvements and advances, but the problems are also growing.

As a child growing up in New York City, occasionally giving part of my lunch to homeless people on the trains, I learned that giving alone doesn’t always fix the problem. I would see the same people begging day after day.

Greenpeace makes advances, but is faced with new challenges every day, especially now with the exponentially increasing threat of global climate change and natural disasters. With every well

charity:water builds and the more they travel, the more aware they become of the many other surrounding villages in need of their help.

It would be virtually impossible for Women for Women International to find and enroll every female victim of war into their recovery program, but with every success story, there is progress and growth in the community of people who care. I think improvement can be defined as a growing awareness of the problems of the world and a sense of responsibility among the “have’s”, as well as a spreading of wealth of knowledge and sense of hope and among the “have not’s”.

Were you raised to think about others, or was there an event in your life that spurred it?

I was raised in a poor (by U.S.A. standards) family in a rough neighborhood in New York City, but I didn’t know I wasn’t well off for a long time, because my parents gave us top-notch educations and taught us that our privilege was defined not by money, but by the love in our lives and by the simple things we enjoyed that poor people in very poor countries couldn’t (food, shelter, childhood etc.).

The act of giving attempts to balance out, even a little bit, the very uneven and unfair structures in which we live.

I saw the homeless people in New York as New Yorkers who had experienced unfortunate circumstances, not as people who weren’t worthy of having a home. I was also reminded by my parents that we – human beings – are all one, and if tragedy could happen to a stranger, it could happen to me too. Children born in poor regions of the world where they have no access to clean water did not ask to be born there. Women in war-torn regions being raped, abused and displaced did not wish these circumstances upon themselves. Being born in a place of relative privilege makes me lucky and gives me the position – obligation, even – to help others in whatever way I can.

What do you get out of it (lessons, morals, etc.)?

I am very sensitive and always conscious of the world’s injustices, so when I am able to help others in the little ways I can, I feel a little less helpless and feel closer to the other people around the world doing their little parts. Hopefully our “little parts” add up and contribute significantly to the work of the our crusaders who dedicate their entire lives to making change.

Why would you recommend others get involved?

There can never be too many people involved in making positive change. Recommending that people get involved, however, can be tricky because people don’t like to be made to feel guilty. In the Western world, especially, we tend to defend our right to have what we have because we – or our ancestors, or our ancestors’ slaves – worked hard for it. It can be difficult to get past that sense of detachment from our responsibilities as citizens of the world, but if someone is already interested and open, I love sharing ideas with comrades in struggle and urging new friends to get involved in whatever little ways they can.

For people who really don’t have a lot of money to give, where do you suggest they start in helping out?

Where there are small, locally based organizations in their areas, they could volunteer time and labor. Even if people don’t have a lot of money, we can still give a little. If you find a good organization you can trust to put the money exactly where they claim it’s going, then every little bit counts, even loose change. Sometimes when we’re tempted to buy something we don’t really need (a sweet treat, a new pair of earrings, or some other cheap knick-knack), we can stop and decide to put those few dollars aside in a ‘charity box’ and give it to someone in need instead. Also, if we can’t give to people living now, we can always give to our unborn family members and all future generations by making changes in our daily habits to reduce our carbon footprints and help keep the planet human-friendly for a lot longer than scientists are predicting today (ie. recycling, using low energy light bulbs, using dishwashers and clothes washing machines only when full, riding bikes instead of driving, planting a tree etc.). There are so many little things we can do that really do go a long way!

What would you do to fix the issues?

I don’t know about fixing the issues, but I intend to always do my part to help minimize them and, hopefully, as my resources grow, so will my “part”!

Do you feel young females in Hollywood should take action and set an example?

If young women in Hollywood, along with young men in Hollywood, old men on Wall Street, everyone in WalMart, and everyone who can, for that matter, did their little parts and set examples for their family members, I think a more worldly consciousness of interconnectedness and responsibility would spread and we’d all benefit from it.

Will any of your up-and-coming work reflect your feelings on world issues?

Well, I’m always working on my own little projects, in which my feelings on world issues are embedded, by default, but as an actor, anything you see in the near future will simply reflect the job I got hired to do. Every once in a while, though, a movie, a play, or a television show is produced that is entertaining enough to reach a wide audience and brave enough to raise important questions about the state of our governments or our human collective consciousness. If I’m hired to work on one of those projects, I’d be so lucky!