Stuntwomen To Be Honored For Diamond In The RAW 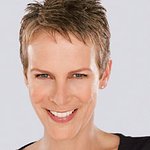 “These unsung ‘heroes’ risk their lives daily to help create some of the most memorable moments in film, television and commercials,” stated La Faye Baker, co-founder of the Diamond in the RAW Foundation and co-creator of The Stuntwomen’s Awards. “These talented women perform death defying stunts for the hottest, sexiest actresses in Hollywood and deserve to be honored for their achievements.”

The Stuntwomen’s Awards benefits Diamond In the RAW Foundation, a Los Angeles-based non-profit organization whose mission is to educate and expose at-risk teen girls to a multitude of careers in the entertainment industry, both in front of the camera and behind the scenes. The Foundation also bestows educational scholarships that are presented to deserving youth annually during The Stuntwomen’s Awards. Through Diamond in the RAW Foundation, exceptional women who have achieved success in stunts, athletics and extreme sports are recognized for their outstanding achievements during the annual Awards luncheon.

This year’s special guests include TV Guide Channel host Patrick Stinson, who will serve as co-host for The Stuntwomen’s Awards, as well as actress Emily Proctor of “CSI: Miami” who will be presenting an award. The 2009 award recipients include Jamie Lee Curtis for the Action Icon Award, Laila Ali for the Dare2bDifferent Award, May Boss for the Helen Gibson Award, Svetla Krasteva-Foley for the Gone But Not Forgotten Award, Angela Meryl for the Diamond in the RAW Award, and Mary Albee for the Special Achievement Award.

“Laila is honored to be offered the 2009 Diamond in the Raw Dare2bDifferent Award. Laila embraces her position as a role model and is thrilled to be part of an organization whose goal is to open the eyes of at-risk teens and young women about the many opportunities and careers that are available,” stated Eric Kaufman, Ali’s manager.

Paula Bond of First Option Entertainment will be producing this year’s event. The Stuntwomen’s Awards will take place Sunday, October 4, 2009 at the Skirball Cultural Center in Los Angeles from 11:00 a.m. to 3:00 p.m. A reception and silent auction will kick off the event at 11:00 a.m., followed by the luncheon and awards ceremony at 12:30 p.m. Tickets for the Awards are available for purchase at www.DiamondintheRAW.com.

For more information about the Diamond in the RAW Foundation and The Stuntwomen’s Awards, please visit www.StuntWomensAwards.com.

MPTF (Motion Picture & Television Fund) has announced the star-studded line-up of performers that will join the 19th annual “Night Before” party, which will take place virtually on Saturday, April 24. More →
More news →