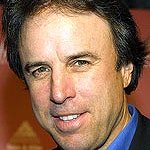 On Saturday, August 8, Padres Contra el Cancer (PADRES), a non-profit organization committed to improving the quality of life for Latino children with cancer and their families, hosted the Spike for HOPE! Celebrity Volleyball match as part of the 2009 avp crocs slam bud light hermosa beach open presented by Virgin America.

In 2009, AVP named PADRES its Charity Partner for their 2009 avp crocs slam bud light hermosa beach open presented by Virgin America. Through the partnership, AVP and its sponsors committed to a fundraising effort throughout the duration of the 2009 tour to help raise awareness about childhood cancer within the beach community and also to raise funds for PADRES program and services. To date the AVP relationship has raised approximately $20,000.00.

“The smiles of both seven year old cancer patient Joao Rodriguez and six year old Genesis Castillo expressed the success of this celebrity match. It was a perfect day. We appreciate the tremendous support of AVP and all our celebrity friends who played hard to raise awareness about childhood cancer, and how our organization PADRES is helping families win their children’s battle against this terrible disease,” states Elvia Barboa, Chief Executive Officer of PADRES. 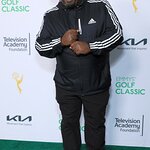