Dave Matthews And Rob Cavallo To Discuss Collaboration For Charity 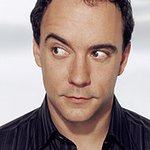 Musician Dave Matthews and producer Rob Cavallo will have a discussion in front of an audience of only 200 people on Tuesday, September 15, at the Grammy Museum in Los Angeles, dealing with their collaboration on Big Whiskey and the GrooGrux King.

All proceeds from this event will beneift the GRAMMY Museum and the Grammy Foundation. The Dave Matthews Band's Bama Works Fund will match the proceeds dollar-for-dollar.

This event is available to members of the DMB fan association – which is called the Warehouse – from September 8 at 12pm ET through Thursday, September 10, at 12pm ET. Warehouse members may request up to 2 tickets. The tickets are $75 plus applicable convenience and handling fees. Confirmations will be issued by the end of the day on Friday, September 11.

The GRAMMY Museum was opened in December 2008 in conjunction with the 50th anniversary of the GRAMMY Awards. It is a celebration of the power of music. It has four floors of exhibits, interactive experiences and films. There are more than two dozen exhibits that explore the greatest GRAMMY music of all genres: rock, hip-hop, country, classical, Latin, R&B and jazz.

The GRAMMY Foundation was established in 1989. Its goal is to cultivate understanding, appreciation and advancement of the contribution of recorded music to American culture. The foundation achieves this goal through programs and activities that engage both the music industry and the general public. The Foundation works in partnership with The Recording Academy to bring attention to issues such as the value and impact of music and arts education and the urgency of preserving our rich cultural heritage.

For more information and to join the DMB Warehouse, click here