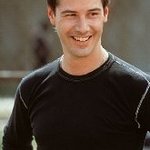 After winning last year’s event, actor Keanu Reeves will once again get behind the wheel for the annual Toyota Pro/Celebrity charity race at the 36th Toyota Grand Prix of Long Beach next month.

Get more info at the official Grand Prix of Long Beach website.