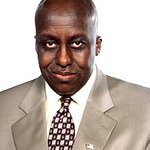 Actor/director Bill Duke's film Cover held one of the two coveted spots for closing night film at the close of the American Black Film Festival (ABFF) in Los Angeles. Members of the audience were in awe by the dramatic unfolding of a story which sheds light on the issue of “down low” behavior and the alarming consequences which add up to African American women accounting for up to 70% of all new HIV/Aids cases.

What is “down low”? It is a street term which refers to the secret sexual infidelity on the part of a husband or boyfriend with a man/woman. Usually, the man learns that he has the disease and withholds the truth. Duke implores men to be honest.

The film seeks to save lives with its message. I asked Bill to elaborate on the main message that he hopes to send with his film. He replied emphatically with reference to percentages of Black women contracting AIDS, “For 80% of the women that are infected to be infected by men that know they have the disease something is wrong!” He prefaced the statement with addressing the issue as tragic.

Duke describes the film as a murder mystery yet it is so much more. The film is a masterful blend faith, tolerance and intolerance. It demonstrates the ripple effect of lies, and cautions for safe sex if one knows they are going to cheat. The cast of stars on board for this film project include Oscar winner Lou Gossett Jr, Patti LaBelle, Vivica Fox, Leon, Razaaq Adoti and Aunjanue Ellis. For more information about how to view the film entitled Cover, contact the American Black Film Festival.