Actress Sharon Stone has announced an exciting new internet auction, involving one of the most well respected political and spiritual leaders in the world.

The Oscar nominated actress has spoken on YouTube about the auction, which features a Land Rover owned by His Holiness the 14th Dalai Lama, a three day Buddhism study session with the leader in India, and a chance to attend The Missing Peace art exhibition and gala dinner as Stone’s guest in late November. Proceeds from the auction, which comes as a package with a reserve price of $75,000, will go to the Dalai Lama Foundation, a non-profit organization that supports the development of peace around the world, based on a non-dogmatic ethic of compassion.

“It creates hospitals, it creates education centers for young boys and girls,” Stone said about the foundation. “These are young boys and girls who would have turned to prostitution when they were 8, 10, 12… and instead they become professionals. They become teachers and doctors and all kinds of great things. I’ve had the opportunity to see these kids grow up and become the great things their destinies allow.”

The most anticipated item in the auction, which runs on eBay Giving Works until November 12, is the 1966 Land Rover 88" station wagon, owned by the Dalai Lama from 1966 until 1975.

“This is an amazing item that rarely becomes available at auction,” said Eric Gazin from Auction Cause, the company running the auction. “This was the Dalai Lama’s daily transportation vehicle before he passed it on to his brother who, in turn, donated it to the Dalai Lama Foundation in California. We understand the Dalai Lama used this Land Rover to visit Buddhist encampments in the Himalayas. Despite its age, it’s in great shape and the transmission has just been re-done, among other things.”

“If you’ve ever been in the company of His Holiness, the vibes you take away are pretty amazing,” added Stone. “So I can only imagine what it must be like to ride around in a car that His Holiness has ridden around in. Probably you’ll just laugh the whole time that you’re in it!”

Stone will also host the Missing Peace Gala Dinner in San Francisco on November 29, as part of the opening of the Missing Peace art exhibition, and the winner of the auction will get to sit next to the actress at the event as a VIP. The Missing Peace is the result of a collaboration between the Dalai Lama Foundation and the Committee of 100 for Tibet, and hopes to increase the appreciation of the principles the Dalai Lama has stood for during his lifetime, and to inspire people around the world to make contributions for a peaceful planet.

“This project is a unique opportunity to explore the idea of art as an interpretation of, and catalyst for, peace,” said Project Director, Darlene Markovich. “The project and exhibition title is a play on words – peace may always be elusive, or missing, in our world, but the Dalai Lama consistently shows that dedicating oneself to peace is anything but pointless.”

A total of 88 artists, including Laurie Anderson and Ken Aptekar, have contributed to the exhibition, which opens to the public on December 1 at the Yerba Buena Center for the Arts. The artists were only given one instruction in creating their works – be inspired by the life and message of the Dalai Lama.

The auction can be viewed at www.auctioncause.com, and Sharon Stone’s introduction can be seen at http://www.youtube.com/watch?v=2jCKjRkAgZE. 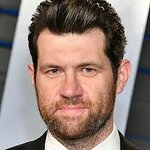