Anthony Hopkins To Be Honored By Charity This Weekend 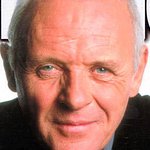 Anthony Hopkins is to be honored at a gala event this weekend by a homeless charity he once turned to for help.

The Midnight Mission will hold its Golden Hearts Awards in LA on May 10, and will honor Hopkins for his hands-on work with the homeless. The actor first became involved with the charity eight years ago to help overcome his own battle with alcohol. He now regularly helps out with the charity by giving acting lessons and handing out gifts to children every Christmas.

The event will take place at the Beverly Hills Hotel, and guests expected include Robert Downey Jr and Andy Garcia.