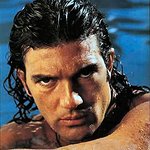 Antonio Banderas is preparing to release his seventh men’s fragrance, ‘The Secret,’ this summer, and insisted that his passion for philanthropy be bottled along with it as well.

The actor become one of the first celebrity perfumers back in the mid-1990s when he signed a deal with PUIG and admits he would not continue to be involved in the fragrance industry if his work didn’t have a dual purpose.

“I’ve been working with them [PUIG] for 14 years now. When they proposed for me to do [a fragrance], I hesitated a bit at the beginning. And then I went to Barcelona and had a meeting with these people who have been doing perfumes from the 19th century and it sounded pretty comfortable,” Banderas tells WENN, "They allow me to have a number of things attached to the perfume. Like having a number of charities all around the world. When we go to launch the perfume in Argentina we try to bring something to them, we’ll collaborate with a hospital. We go to Chile, we collaborate with UNICEF… of course, we come to New York and because of my relationship with Broadway, Broadway Cares was our target; we established a relationship with them five years ago and we’re going to continue."

The Secret, which features notes of mint and white grapefruit with cinnamon, musk and leather, is set to hit select retailers in August.