Celebrities To Kick It For Kenya At Charity Concert 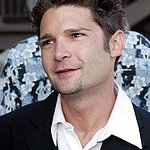 A host of celebrities will attend a special benefit concert for Mama na Dada, a non-profit, non-governmental organization formed by and for African women to support the empowerment of the African girl child.

The Let’s Kick It For Kenya concert on June 4 will be headlined by 98 Degrees’ Jeff Timmons, and will also feature a performance by Ambrose and others.

The concert will take place at the Eleven Restaurant and Nightclub, 8811 Santa Monica Blvd, West Hollywood at 7pm this Friday. For tickets and more information, click here.