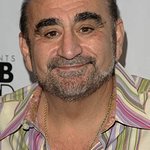 Ken Davitian is an American actor who is best known for his role as Borat’s producer (Azamat Bagatov) in the 2006 comedy film, Borat.

In addition to financial contributions, Ken has hosted the Children of Armenia Fund’s annual event in New York and refers to them often to create awareness for the cause.

Ken hosted the Society for Orphaned Armenian Relief’s (SOAR) ‘Taste of the Vine’ fundraiser. Here’s the local newscast covering him hosting the event.

For the 3rd year in a row, Ken participated in the Ante Up For Autism Celebrity Poker tournament to raise awareness and money for Autism.

For the 4th consecutive year, Ken has hosted the Special Spirit fundraiser, raising awareness and money for the local non-profit organization, providing therapeutic horse riding programs to children and adults with autism.

St. Jude Children's Research Hospital is one of the charities Ken sends his winnings to if he wins at the Celebrity Poker Tournaments.

Ken functioned as a co-host and announcer at the Children Uniting Nations Dodger Day, supporting the mentoring of foster children and attends their annual events, upcoming, the Day of the Child on November 13, 2011.

At Shred Kids Cancer Shredfest 2011, Ken was one of the celebrity judges with Jack Osbourne and Shavo (System of a Down).

Ken Davitian has supported the following charities listed on this site:

Google trends for "Ken Davitian"
Available to Insiders only
Get Insider Access to these insights & more...

You can contact Ken Davitian using details from this service. (Or read our advice on how to contact celebrities) 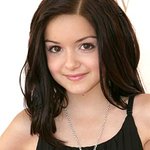 Feeling lucky? Here is your chance to gamble the night away with celebrities, poker stars and autism supporters— all for a great cause. More →

Feeling lucky? Why not try your luck for a great cause while mingling with celebrities, top athletes and professional poker players at TACA's “ANTE UP FOR AUTISM” fundraising event. More →
More news about Ken Davitian →

We don't have any videos related to Ken Davitian.